I have hundreds of hours trailriding on the BBS02, here is the BBS02 motor problems I have had so far

Granted I am a 205 lb guy who carries a 16lb battery on his back and trailrides like a total hooligan. What steps can you take to minimize the damage to your drive units?

Get a smaller chainwheel

No one who is trailriding should be using the stock 44T or larger steel chainwheels from Bafang. The best size for fatbikes I find is the 32T-36T depending on how high you want your top speed to me. With a 32T ring in the front and a 36T cog I find that I can climb impossibly steep slopes(ones that I would have a very hard time hiking up), although extremely slowly. With a 36T ring  and a 11T cog you get a tops speed of around 25mph although you can’t pedal anywhere close fast enough to keep up. A smaller chainring makes for a much reduced load on the motor and controller.

Although no one has a steel Narrow\Wide chainring yet, this is the best solution I’ve found to unintentional chain derailment. This works better than using the old front derailleur locked in position or better than the N-gear chain guide. The only one’s I’ve used is the Raceface chainwheels in the 34T and 36T sizes but I highly recommend them. Street price is around $35. Derailed chains tend to bugger up the cheap plastic chain-wheel cover that covers the secondary reduction gears on main drive unit.

Takes about 10 minutes and costs $3 shipped. Why wouldn’t you do it? For instructions follow step 12 in this link. When the temps get over 120F I tend to back-off a little and when they get over 130F I keep it down to 500W or less. When it gets over about 135F I tend to just stop riding and wait for it to cool down. Although the unit has a temp sensor that shuts off the drive unit the mosfets suck and will burn out before the temp cutoff kicks in. Why risk it? Controllers cost about $80 plus shipping and because you are like me you probably already voided the warranty by programming it yourself. 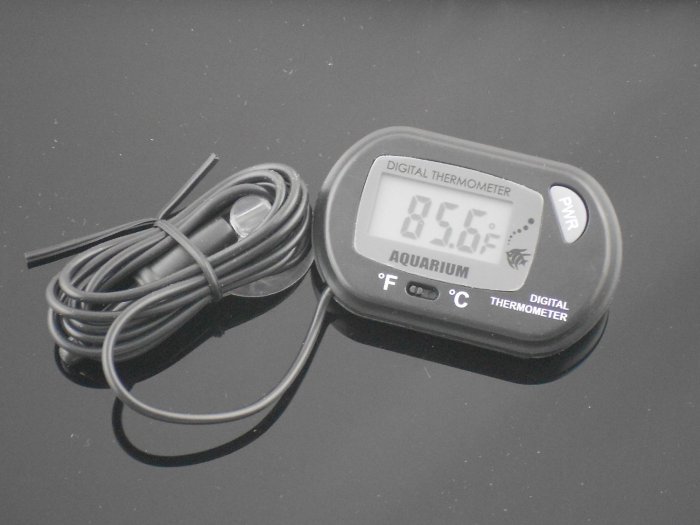 A $3 thermometer can save your $80 controller.

You will bend the axle. I did. If you install the 100mm BBS02 kits make sure to save the extra 68mm axles so you can swap them out on the unmodified BBS02 units when you bend the axles. It also helps the axle out to ride at a lower tire pressure. If you have tubes and a fatbike I would keep it around 10psi or higher in the summer, in the winter you can go down to about 7psi.

When I get to a log or logpile that I think the drive unit will smash against I stop my bike and carefully help it over or go around. I can’t imagine that constantly slamming the drive unit against logs without a bash guard will do anything good for it. We are working on designing a bash guard for the BBS02 but until we develop something just don’t do it.

Don’t tweak the programming on the controller

I know you want to, but if you want your drive unit to last don’t modify the programming if you don’t know what you’re doing. Even if you think you know what you’re doing you probably don’t, so be careful. The only programming I would do to a controller to make it last longer would be to cut the power level (in Amps) to the motor or to cut back the throttle power level from 9 to something a little more reasonable like 6 or 7. You can also disable the PAS (shown here in step 3) and program the controller to set the throttle level to match the PAS level. Then you will have a bunch of different power levels for the throttle easily set from the display.

Build a singlespeed deadeye monster for $900 as a backup bike. You will probably prefer it to whatever you are riding normally.

Build more than one bike

If I have 3 fat bikes in my rotation at least one of them is always ridable. With only 2 bikes in my rotation if I work at it I can keep one of them running. If you only have one electric fat-bike then you will have a lot of downtime. It takes a lot of time for spare parts to arrive from China. You can build a singlespeed Deadeye Monster for <$900 as a backup bike, that is the one I usually ride anyway as it seems to break a lot less than everything else.

Secure the Speedo with a velcro strap & locktite the magnet

The stock speedo is a cheap piece of plastic crap. I would mount it as close to the hub as possible to help allow you to remove that Fat tire without busting the speedo off. I use a velcro-One strap to wrap around the entire speedo unit to reinforce it. That seems to help keep it from breaking off. When you put the magnet on the spokes you should put some gorilla tape or duct tape on the spoke first to keep it from sliding around. Then locktite the magnet when you screw it together so it doesn’t loosen up and fall off. 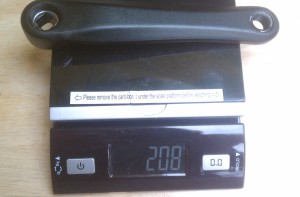 Buy from someone you can get spare parts from

Both Paul at em3ev and Doug at California Ebikes have been great resources for getting replacement parts for the BBS02. I haven’t had any failures from the beefy chainring adapters or offset crankarms that Doug sells. Paul often includes small replacement parts that I ask for with my orders without even charging me extra, although I always offer to pay. Although it costs more upfront to buy from reputable vendors that actually answer emails and phone calls, in the end it will saving you a lot of frustration in the end.

All 8 BBS02 750W drive units I have bought in the last year are still in operation, although some don’t work quite as well as I’d like anymore. The same could not be said of all the hub motors that have come my way. Although the BBS02 is not perfect for singletrack trail-riding, it can be made to work if you take the time to treat them right.

18 thoughts on “Can The BBS02 Really Take The Abuse Of Singletrack Trailriding?”