About 9 months ago Luna sent me one of their first BBSHD Ludicrous Controllers to test. At that time I had smoked a plastic gear running 65 Amps at 52v in about 5 minutes on a BBSHD so Eric and I had no idea how much power we could run through the BBSHD. I spent several months trail riding at 40 amps, then bumped it up to 46 amps and then finally to 50 amps. The drive unit seemed to perform very well on the trails at 50 amps so I moved my Ludicrous controller to my commuter street build, Burning Chrome. I tested it for another 5 months pegging the thumb throttle and running the BBSHD continuously for 10-20 minutes a time at full throttle. Although I expected something to fail, nothing did. On my last trip to the Lunacycle shop in LA, I purchased another Ludicrous controller and mounted it on my Phat Phuk snow bike and decided to start singletrack testing it at 60 amps. At this point, I’ve ridden the Ludicrous controller at 60 amps harder than I’ve ever ridden any drive unit in my life for several months every single day without any drive unit failures. This article is about how to reprogram your Ludicrous controller to 60 amps, and how to weasel one out of Lunacycle without having to buy a brand new $2500 ebike and why you would be absolutely batsh!t crazy not to.

So the thing that is really funny is how I didn’t really notice that the 60 Amp Ludacris controller was much more powerful than I remembered the 50 Amp Ludicrous controller to be until I went back to riding the 50 Amp controller. I was blown away at the performance difference between the two programming differences when trying to plow through deep snow. To be perfectly clear, when you purchase the Ludicrous controller it is programmed for 50 amps, and if you reprogram it for 60 Amps then it is ABSOLUTELY not covered under warranty. At 60 Amps you are pretty much guaranteed to destroy your bike parts (freehub, chains, cassettes) and all I can say is that it is totally worth it for the massive power and acceleration you will gain. Top speed will stay about the same with the amperage increase, maybe increase a little bit but not more than a couple mph.

Yes, you really can plow through this much heavy wet snow, just don’t stop because it’s hard to get going again

The BBSHD Ludicrous controller is programmed with the exact same software as the stock BBSHD controller. Instructions for programming the controller can be found here and the guide for programming settings can be found here. I only run Karl’s special sauce on all my builds and I can say with some certainty that you will NOT be disappointed with those settings. If you are running any settings other than Karl’s Special Sauce I can’t say that you’re not going to trash your BBSHD the first time you touch the throttle because I haven’t tested this controller with any other settings (including the stock Lunacycle programming that it comes with).

When you load the settings from a stock Ludicrous controller you will see that the Max Amps is set to 25 Amps. The controller doubles that setting so that means it is really limited to 50 Amps. If you change that number to 30 and flash the controller you are telling it that you want it to run at 60 Amps Max instead (30 x 2 = 60). At this time there is no way to get more power than that out of your Ludicrous controller. When Eric released the controller we spent a long time talking about what we should program it at, at 50 Amps was what we had both tested it extensively at and neither one of us had suffered any failures, even while towing his $200,000 Audi R8 down the street. (true story) For comparison, you can buy 666 $300 rusty but trusty Subaru winter rats for the same price as one Audi R8. I don’t really care about making money, that’s why I run this silly blog churning the music grinder for peanuts while Eric is over in China taking over the entire ebike universe.

When I talk about all these power levels the reality is that when the controller is set to about 27 Amps in the programming software you’re only going to get about 50 Amps actual at the controller. There are a lot of factors that contribute to this, not the least of which is the voltage and power loss from the connectors and wires. When you change the programming from 25 to 30 Amps you’re really only gaining about 7-8 Amps of power, but I can assure you that the increase of 7 or 8 amps on an ebike is very noticeable (think 375-475 Watts). I don’t have a decent data logger so I can’t tell you the exact power increase that the programming change nets you. 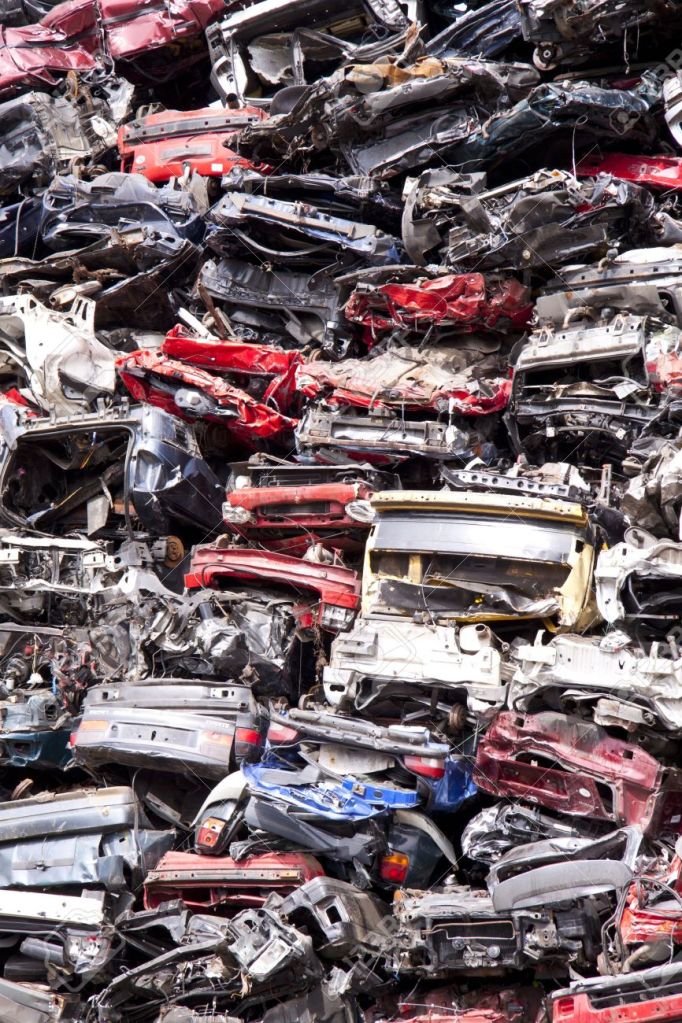 If you chose to run your BBSHD Ludicrous controller at 60 Amps there is a couple things you should absolutely do.

If you want to ride up on the snow you’ll need a very fat rear tire and tons of power. Go fast. Don’t stop.

So you might be one of the many people out there who are like “I really love the idea of a 60 Amp BBSHD but I’m just too damn cheap to buy a whole $2500 ebike from Lunacycle, what can I do?” Eric has been known to sell the Ludicrous controller for $250 each to people who are close friends of his or very loyal to the Lunacycle cause. Right now there is a bunch of trolls on Endless-Sphere and Endless-Sphere Facebook that are working very hard to discredit Eric and all things Lunacycle. If you verbally and vocally stand up to these people in public forums then you will earn a lot of brownie points with Lunacycle (I can’t do it because it’s a waste of my precious time and I cry too easily). If you do a custom build with a Lunacycle kit can also get $50 worth of Lunacycle store credit (instructions here) if you post pictures of your build and some decent text on the electricbike.com forum here (one build credit per customer). Also, I will point out that the electricbike.com forum is a much nicer place to hangout than Endless-Sphere is and people don’t just spend all their time complaining and calling each other names. I stopped reading Endless-Drama many months ago because of the amount of harassment and insults I was being subjected to on a regular basis. I only put up with that amount of abuse from my own child, not from complete strangers still living in their parents basement in New Jersy (ouch). Will posting a build report and defending Lunacycle on the public forums be enough goodwill to allow me to purchase a $250 Ludicrous controller? I just don’t know, probably not.

If I wanted to get my hands on a Ludicrous controller without brown-nosing, I’d go for the 2016 KHS 3000 4 Seasons with a large triangle pack. That is the best snow ebike on the market right now for $2953 + shipping IMHO

Eric is a fickle guy. On one hand, he seems to be one of the most loyal friends I have ever had and is far more generous than anyone I’ve ever met in my entire life. On another hand, he is also attacked and befriended constantly by ‘industry spies’. Almost everyone on the ebike forums are trying to make money somehow selling motors, kits, controllers or batteries. Some of them have online stores, but a lot of them are just moonlighting with a small web store on the side. Almost all of these people see Lunacycle as a huge threat because he can buy product direct from China in massive quantities that the little guy just can’t compete with. Is Lunacycle really the Walmart of ebikes? Whenever I walk into Walmart I always feel really gross because the Walton family represents everything I despise about capitalism. Eric treats his employees very well (I met most of the Luna crew 2 months ago), and he pays them all a fair and livable wage. Will he drive everyone else out of business? It’s hard to say, but Luna has been nothing but awesome for American ebike consumer so from that point of view alone, why wouldn’t you want to support them. Sure you can get BBSHD’s from Alibaba for $100 less (after shipping) than Lunacycle, but considering that Luna won’t sell any of their custom chainrings to non-Luna customers I have to wonder why you would want to. If you’re trying to get a Ludicrous controller for the BBSHD you will absolutely need to prove that you are a very loyal customer. There is no way in hell he would ever sell one of his precious Ludicrous controllers that he spent several months and thousands of dollars to develop and build to someone who bought their drive unit from China. Would you?

If you really want to help Eric out and impress him to no end then write some decent articles for electricbike.com like Ron (spinningmagnets) does. Eric has offered $200 in Luna store credit for anyone that writes a decent article with pictures that he can post on his blog, electricbike.com . He doesn’t care if it’s promoting Lunacycle products or if it’s about something completely different. Writing articles is not that hard, I find it incredibly rewarding. I’m sure as heck not going to pay you to write for this blog, and I can honestly say that I spend at least 5 hours or more writing every single post that takes you only 2 minutes to read. $200 for 5 hours of work is about $40 an hour which is a decent wage by any stretch of the imagination ( if I was smart I’d just scrap electricbike-blog and just write for electricbike.com ). If I can do it, so can you. Whatever you think you know about me, I can guarantee it’s all wrong. I’m just a dysfunctional guy who knows deep in his heart that he is a total sham and hopes to hell that no one else is ever able to find out. Ever.

So there you go, write one build report and one article for electricbike.com and a little schmoozing and you’ll probably be able to maybe end up with a $250 Ludicrous controller. I’d call that something worth working for, and I’m really the laziest guy I know.

Note: all the pictures of the BBSHD controller in this article have the older style case, not the custom machined aluminum Ludicrous cases that are much better at heat dispersal. Rest assured that all the controllers I’ve been testing are indeed Ludicrous controllers, just ones that were built before they custom case was designed and machined.

UPDATE : After 2 weeks of running the BBSHD at 60 amps the nylon gear failed. I ended up switching my programming on my fatbikes back to 50 amps and was pretty sad about it. If you want to run your Ludicrous controllers at 60 amps make sure you have spare Nylon gears on hand because they tend to go out of stock from time to time and I can’t find anyone who sells them other than Lunacycle (even in China).

57 thoughts on “Too Much Is Never Enough : Reprogram Your 50 Amp Luna Ludicrous BBSHD Controller To Run At 60 Amps”