I’ve been pretty disappointed by almost every Bafang ebike display I’ve ever used. My number 1 complaint is that most ebike displays are way to big, and make your bike look too much like an ebike with any casual glance. With a backpack battery and a little discretion, I’ve found that most people don’t even notice that I’m riding an ebike on the trails, even if I stop on the trail and let them pass. If you don’t bring attention to yourself by looking down at your bike and if you weren’t riding insanely fast without pedaling, most people will just assume you’re on a normal bike. Nothing screams ‘EBIKE’ like having a large display on the handlebars with lots of wires coming out of it. 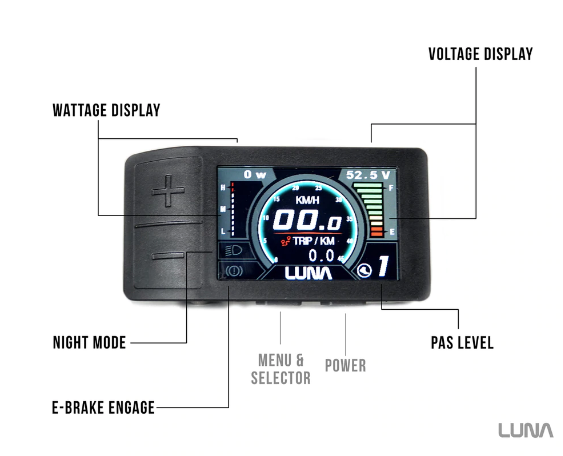 For any new BBSxx drive unit I bought today, I would only get with the 500c display

The updated 500c Bafang display (aka the Luna Mighty Mini display) available here for $69 is a display that is worth buying on its own and upgrading whatever display you are running. Lunacycle had this display developed to fit bikes like the Luna Banana which didn’t have a display that worked very well for it, and Bafang is now reselling it to their other dealers. I have about 12 Bafang displays right now, many of them are pretty beat up with broken brackets and screens and so I bit the bullet and just ordered one to test with. I really liked it, both because of the color display, the wattage graph on the left side that fills up with bars showing you at a glance how much juice you’re chugging (in watts) as well as native support for 52v nominal battery packs.

Before the 500c display came out, if you wanted to have a discrete Bafang ebike your best bet was to dump the display entirely. Instructions on doing this can be found on the Powered Ride website article here. The biggest disadvantage of doing this is that you lose your ability to switch PAS levels or disable PAS by selecting level 0 (it stays at your last setting). If you don’t care about PAS or only use one PAS level ever and aren’t afraid to cut and solder cables and plug them into your expensive ebike motor then it’s a distinct possibility (I’ve never tried it). For the rest of us, there is the 500c display. 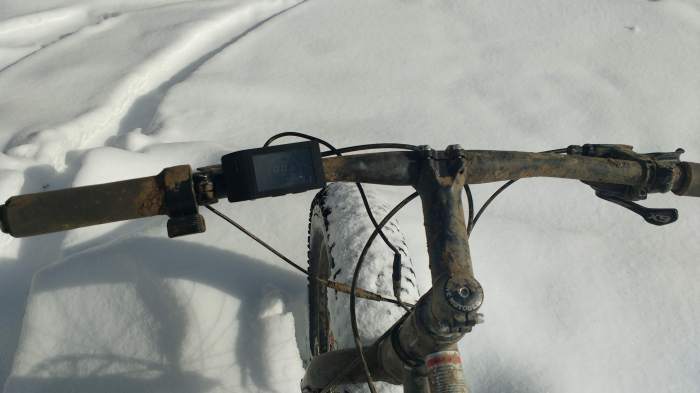 The 500c display does not work very well in direct full sun, this is my primary complaint

If you have less PAS settings than 9 the display, the controller will interpolate the levels according to this chart

I haven’t bought a BBSxx drive unit in a while (I currently have 4 BBSHD’s, 8 BBS02s and 1 Ultra Max) but if I buy another BBS02, BBSHD or Ultra Max you better bet your favorite weasel that I’m going to order it with the 500c display. Small and light for discrete weight weenies like me, it is now my newest favorite display. 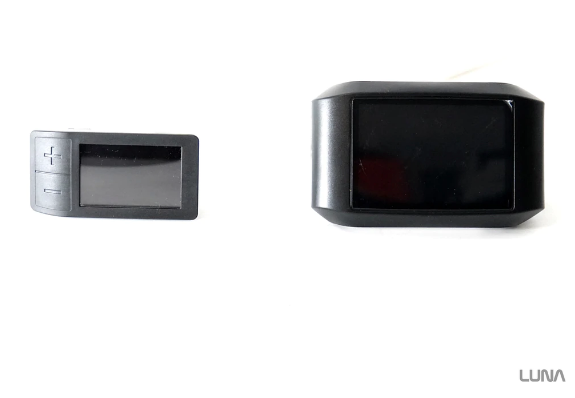 47 thoughts on “500c Bafang Display : The Mini-Me Of Ebike Displays”