Great blog post from the site that has been a huge inspiration for all things ebike obsessed. 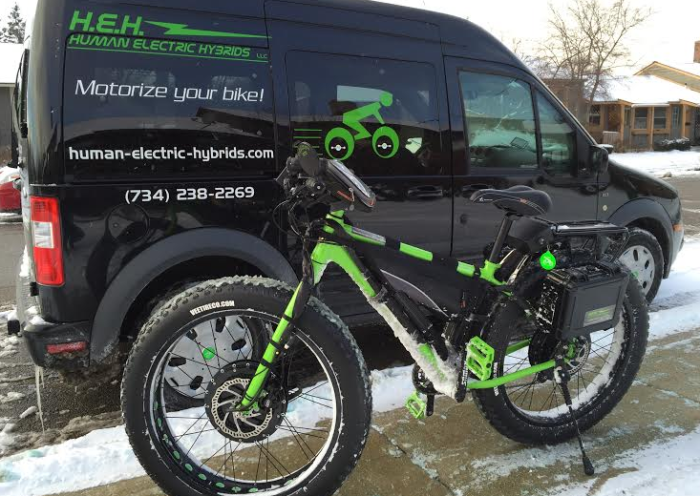 When HPC first started out, they were known for making some outrageous claims in their ads. I wasn’t sure if they would survive even a year. Its been several years since then and they are still around, and…I can’t help but to notice that their ads are slightly less wild, compared to before.

I mention them because they just recently began producing a 2WD Fatbike for sale to the public, which they are calling the “Dunesday”. They are claiming 10,000W total, so the battery is almost certain to be LiPo. We know that LiPo batteries perform well, but they must be handled and charged with caution.

Just found this, so I’m adding it right away. HEH in Michigan (lots of snow there!) will make a 2WD fatbike using theMotobecane FB4 Fantom frame as a base, and combining two Crystalyte H35 hubs. The 48V system provides 42-MPH. That would be a sketchy claim with one motor, but two of them can use a ton of amps, so the numbers go add up.

The real standout feature for this 2WD Fatbike is the price and the size of the battery. It uses TWIN 20-AH battery packs for high-performance and long range…and they’ll build you one of these for $6299 (tax and shipping extra).

Check out the whole article here

One thought on “Great Article On ElectricBike.com On 2WD Fat Bikes”