In the past several years I’ve owned several different kinds of plastic Chinese cased battery packs, including a 13.5Ah 52v NCRb ‘Shark pack’ (reviewed here in 2016), and two 13.5Ah 52v GA ‘Shark Packs’ (reviewed here). I think I’ve replaced a total of 3 BMS’s in all these packs and I’ve replaced the plastic Shark Pack cases for various issues at least 3 times. Lunacycle has been manufacturing a new style case called the ‘Wolf Pack’ right here in California and I’ve tested the v1 12Ah 52v 30Q Wolf as well as a v2 12Ah 52v naked 30Q Wolf pack. This article is about all the differences I can find about these very different two frame packs and which one I recommend buying (spoiler alert, it’s the Wolf packs). 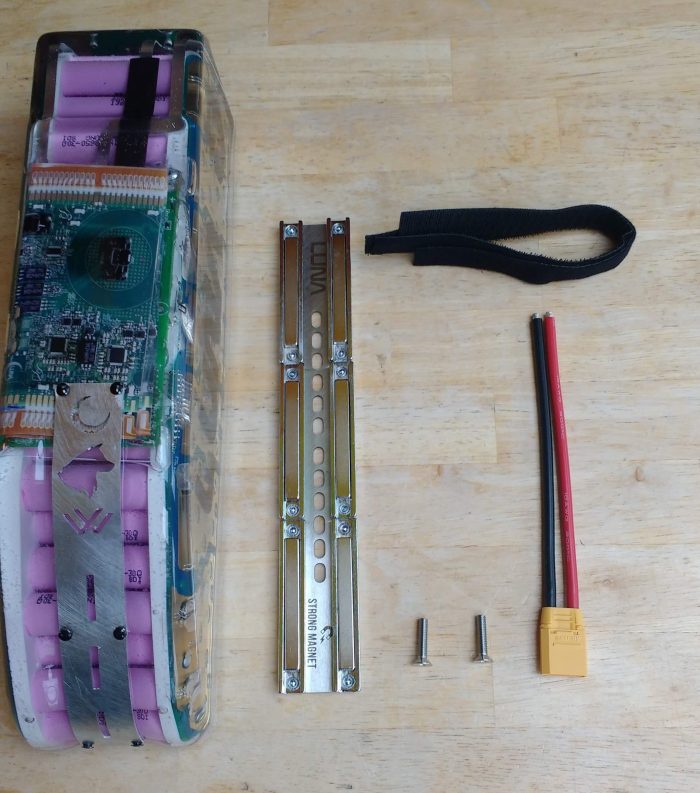 Weight of naked pack without the magnet 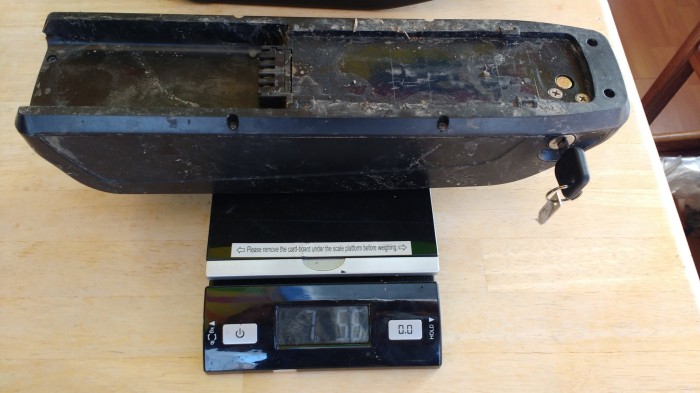 Weight of Shark pack without mounting adapter, note only 2 of the original 6 plastic tabs are left which is a frequent problem with these cases

The v1 wolf is a few oz lighter than the v2 pack, you can no longer purchase the v1 packs but mine has hundreds of hours of violent thrashing on it with no issues

I’ve used both of these packs extensively and while I’ve had nothing but issues with the plastic Hailong frame packs (Hailong is the company in China that makes all the plastic cases) I have yet to have any issues with the Lunacycle Wolf packs. At one point I even submersed the Wolf pack completely in water (but not the connectors) and ran it to make sure it was indeed waterproof. Although I am a rare breed of ebike weight weenie, I still feel like the extra lb or so of weight is worth the reliability and indestructibleness of the Wolf packs.

This is the original neodymium magnets that were used to mount the v1 of the wolf pack that also work with the v2 packs, you can buy extras for all your bikes on ebay for cheap

No matter what kind of frame pack you use, if you wrap it with 1″ Velcro it will cause it to be much more firmly attached to the bike and will create less stress on your water bottle mounting bolts. The water bottle bolts are meant to hold a pound or two, so they are ill-equipped to deal with a large 9lb battery. I recommend using Blue Loctite on the threads to keep the bolts from loosening up. Be aware that the studs may break or loosen up on an alloy framed bike from the stress of trail riding with a large battery connected to the water bottle bolts. I like to use the plastic tube adapters that come with the Hailong cases to help support the Wolf magnets and keep the battery from wiggling side to side. I also recommend that if you have a wolf pack that you just charge the battery on the bike as it can take a lot of force to remove it and that force directly transfers to the poor overworked water bottle bolts. 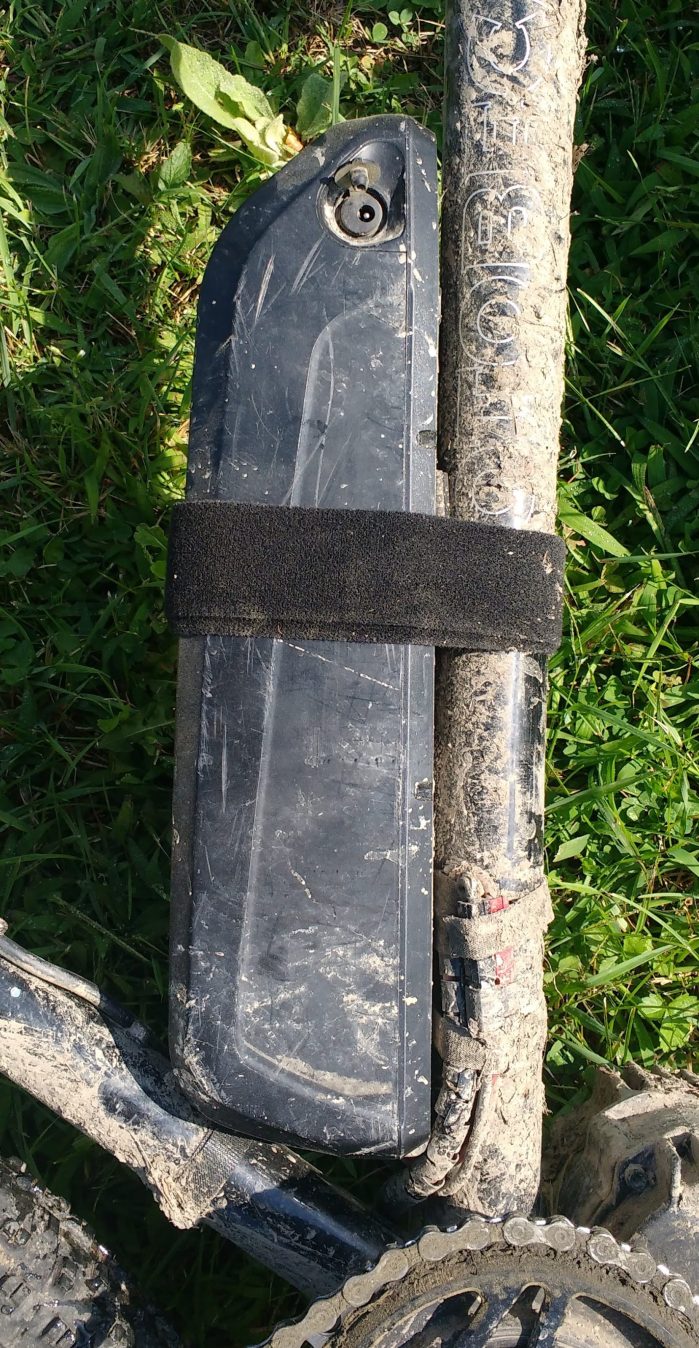 The Luna Wolf pack is available here for $550 for the 30Q version and $600 for the GA cell version. If you are running with a BBSHD or any other high power drive unit I recommend the 30Q version. If you are using a BBS02 or a lower power ebike (think something legal) then I recommend the GA version. I’ve been very impressed with both of these cells and have had no issues with either of them yet. As far as I know, there is no one else who is building Ultrasonic welded packs that are completely potted anywhere else other than Lunacycle. These packs pretty much are the cutting edge battery packs for ebikes. Spot welds had their day in the sun, but the future is ultrasonic, baby.

The Wolf has redundant connectors on the back of the pack in case you burn one of them out, you can see the hand made waterproof plug for the charging port that I made in 5 minutes

Another shot of the handmade charging port plug for my well-loved v1 Wolf pack, just a cheapo ebay XT60 male connector with some silicone and heat shrink tubing