There are defining moments in your life and somehow you know when they are happening, that you will never forget. Meeting Luke ‘Live For Physics’ Workman for the first time was one of those moments. I’ve traveled from NY to LA three times in the last 2 years on my own dime because I felt called to participate in what I would call the new ebike Mecca that is what Lunacycle has become. Every time I arrive the warehouse space has doubled and so has the size and scope of the Lunacycle vision. For the last several months that Luke has set up his personal consulting office at Lunacycle, an incredible transformation has been happening. 5 years ago Luke and Eric met on an Endless Sphere race that Eric organized on the infamous ‘Slackers Peak’ (“You know this bike is dangerous, right?”) and have been good friends ever since. This article is about my experience meeting Luke for the first time and the amazing influence that he has had on the direction and vision of Lunacycle.

Nobody made the bike he wanted so Luke teamed up with Zero to just make it himself. Notice the bald tires and sketchy charge ports.

It started out with an enthusiastic hello and strong eye contact with a complete stranger who seemed to care as little about his appearance and personal grooming as I do. The interaction started out with a simple “Hey, nice to meet you. You want to try my DSR?” I have to admit that I was a little taken aback that the first thing a complete stranger would want to have me do was try to ride his $17,000 electric motorcycle.

He loaned me a helmet and some crash pads and I tried to assure him that I didn’t have any head lice. Luke didn’t think he did either so we were good to go. As we walked outside to look at his Franken-bike I was somewhat horrified. Both fork seals were blown, the fairing was knocked loose in several places and the bike had clearly been put down a few times. The side mirror was missing and the visor on the helmet was cracked as well. There was a custom port for a Tesla destination charger that Luke had added, as well as three different J1772 ports that Luke assured me could all be used simultaneously to charge his DSR really, really fast. The ports were loose and there were wires hanging out from behind the fairings, but I was given the assurance that the wheels ‘probably wouldn’t fall off’ on my ride. All the safety interlocks had been disabled so if the power switch was on, I needed to be very careful with the throttle.

I have owned many motorcycles in my life, and with the proliferation of people texting while driving, I finally decided to give up the habit about 10 years ago. I loved riding motorcycles, but honestly, I loved not dying more. When I had free time growing up I would stop by the Ducati dealership and test drive some of the fastest production motorcycles on the planet like the incredibly sexy 996. I never forgot the addiction to the feeling of hitting the throttle on a superbike and being rocketed down the road on the verge of control. Zero engineering and Farasis after years of effort finally seem to hit the nail on the head. They realized that if you want people to by an electric motorcycle it has to outperform it’s gasoline bretheren if you have any hope of succeeding to win over any converts. Although gasoline superbikes still beat the DSR for top speed and range, the DSR beats them out with how eerily quiet it is and the sheer fun factor you get when you hit the throttle. The DSR throttle beats the pants off any ebike throttle I’ve ever used in my life, it was extremely sensitive and predictable, wheras most ebike throttles feel more like an on/off button.

The DSR is unlike any motorcycle I have ever ridden, 100% pure fun

Riding the Zero DSR felt a lot like that 996, but without the noise and exhaust. On paper, the 996 is much more impressive than the DSR, but because the Zero motor can produce massive amounts of torque at very low RPM’s the DSR, in my opinion, is that much more fun to ride. Whenever I wound out the throttle I could not help giggling like a tickled school girl. It was somewhat embarrassing and reminded me of the videos of people in the Tesla P95D with Ludicrous mode enabled and a driver with a lead foot. It’s like a rollercoaster without the rollercoaster. 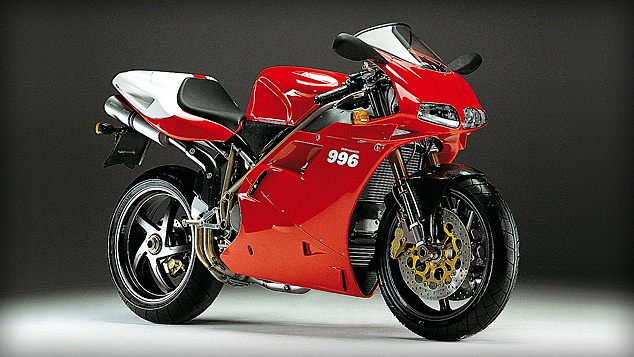 Although the 996 is more impressive on paper, the DSR is much more fun to ride

Luke’s DSR I was test driving was a 2016 model with a custom 2018 drivetrain. I can’t imagine anyone who was a motorcycle enthusiast test driving one of these bikes and NOT wanting to buy one right away (just sign right here on the dotted line). If the DSR didn’t cost almost as much as I make in a year I would be sorely tempted to get one too.

So the next day after meeting Luke I was laying in bed early in the morning unable to sleep and I had a bunch of revelations. Luke is the kind of guy who is actively shaping the world we live in. He wanted to ride a bike like the DSR but no one was building one so he joined up with Zero and helped make it happen by dedicating several years of his life to the endeavor. Several years later his mission to have an awesome electric motorcycle has come to fruition so now he’s working on the next big projects. Whether it is consulting with companies about EV packs or working with large utilities on filling warehouses with 18650 cells for grid power storage, companies seem to be lining up to pick his brain. People like Luke are the modern-day Nicola Teslas of the world. They have a clear vision of what they think the world should be like and they will work tirelessly to make that happen.

Catastrophic spoke failure on the legendary and aptly named ‘Death Bike’. If you’re not breaking sh!t, you’re doing it wrong

Case in point, Luke cut open his own hand and implanted a rare earth magnet in his finger. This would allow him to move his hand next to high voltage wires and actually ‘feel’ the magnetic energy of the electricity flowing. It was hard for me to sit there and listen to him talk about how he was going to wind up some very special wire to make an antenna coil and then surgically implant that as well. Part of me was morbidly fascinated by his impatience for the future to arrive and another part of me wanted to grab him by the shoulders, shake him and try to talk some sense into him. It is said that significantly advanced technology for all intents and purposes can be viewed as magic. These guys are the magicians of our time, shaping electricity to suit our needs and to help wean us off our fossil fuel addictions. I have seen the future, and it is electric.

Most current Ebike batteries just suck. There are basically two main kinds of 18650 ebike batteries on the market right now. What I will call the soft packs, which are bare spot welded cells that are heat shrink wrapped in thick PVC, and frame packs which are spot welded cells mounted inside cheap plastic boxes. Both ebike types have benefits and drawbacks, but both have the same weaknesses: moisture, and vibrations. Several months ago Luke planted a bug in Eric’s ear about how he should just pot the entire pack. Potting electronics is a process that packs the battery in a kind of nigh-indestructible shell that makes it impossible to repair, but also much more water-resistant and shockproof. Since Luna was already making the vacuum formed ABS custom boxes and had the ability to make custom batteries, Eric decided to go all the way and just pot the entire pack. It’s taken several months to figure out how to make it all work well, but the results are astounding. The new Lunacycle Fusion packs are essentially completely waterproof and shockproof and will not explode (unless you shoot a bullet through them). As every Chinese manufacturer continues to churn out the exact same crap, Luna has developed and created something completely different. The vision here is clear, they want to be able to design and build a completely new custom pack for any bike frame in a day as well as being able to mass a hundred custom packs every single day. I’ve seen the operation with the army of 3D printers and their full machine shop and I can tell you with some certainty that they are very close to being able to see this vision realized.

The new vision for a non-crappy battery pack does not stop at potting. Luna has decided to rethink every part of ebike pack construction and start from scratch with their own custom BMS that will do anything from 13S to 18S and up to 150 Amps. They are also changing the way that their packs are made and going to move away from spot welding to a completely different technique that will ensure more solid pack construction and fewer battery problems. I highly suspect that their endeavors will completely revolutionize the entire ebike battery industry.

The rest of the day with Luke was spent squandering around trying out different ebikes and scooters and talking about the pros and minuses of each. That evening we went out on a night ride which ended with a nail in the tire for Eric and a stripped nylon gear for Luke as he tried to power through soft sand with the new Bafang Ultra Max at full power (metal gears coming). I had spent several hours working on tweaking the programming for the Ultra Max with the Ludicrous controller so it would not be so dangerous as high power levels and low speeds, and after modifying 6 different variables on the new programmer, I was able to get it working just right. Moving the ebike industry forward is like that. You solve the problem that is right in front of you, then you solve the next one, and the next one … Sometimes it might feel like it’s an endless treadmill that doesn’t go anywhere, but we are all working together to create the kind of world that we will want to live in.

It’s about that feeling of giggling when you hit the throttle, that is what we are chasing. If you don’t giggle, then you really need more power.