The Biktrix 100mm kit is a BBS02 with these parts already fitted and installed to fit a 100mm fat-bike bottom bracket. I took one apart and I can attest that their logo really is printed on the axle.

I’ve been a fan of the Canadian company Biktrix since they completed their first kickstarter for the Juggernaut BBS02 powered 750W fatbike in November of 2014. While several other ebike crowd-funding campaigns have made gross exaggerations about the capabilities of their bikes, the Biktrix crew seemed knowledgeable and honest from the start. Their interest in the BBS02 didn’t stop with just funding, building and shipping the Juggernaut, they also decided to build a 100mm 750W BBS02 to ship to customers as a complete kit for $1049 USD as well as an installed 100mm axle kit for only $350.

Biktrix raised almost $70,000 to get their Juggernaut into production. How could we know that this was only the beginning?

Biktrix joins 2 other companies with a 100mm axle conversion for the BBS02. California e-bike was the first and Doug has been very successful at getting his converted BBS02’s and axle kits out there. Doug pioneered the tapping kit which allows do-it-yourselfers to buy or rent a tap kit to thread the inside of their BBS02 units. Once the units are tapped out you can screw in an axle extension and install a 100mm axle. Both California e-bikes and Biktrix will convert your BBS02 for free if you send it to them and buy the axle kit ($449 on sale from California e-bikes and $350 from Biktrix).

The Biktrix BCD104 chainring adapter works well without any spacers.

Lectric Cycles took a different route and started selling their 100mm e-Rad which is a branded BBS02 drive unit. They install the axle extension and the 100mm axle and sell it as a complete ready to install kit. Their e-Rad system is the only unit that has a gear shift sensor which automatically cuts power for a brief interval when the system senses that a gear shift has been made.

So what did I think of the Biktrix setup? It was pretty similar to most of the BBS02 kits I’ve installed. The axle extension was painted which will help keep it from rusting onto your bottom bracket. I installed the unit and beat on it pretty hard for several weeks and the axle never bent or twisted which is the biggest fear I have about buying a 3rd party axle on the BBS02. Biktrix went to special lengths to make sure that their axle met the same Rockwell Hardness test as the Bafang original. Their extra effort has paid off. 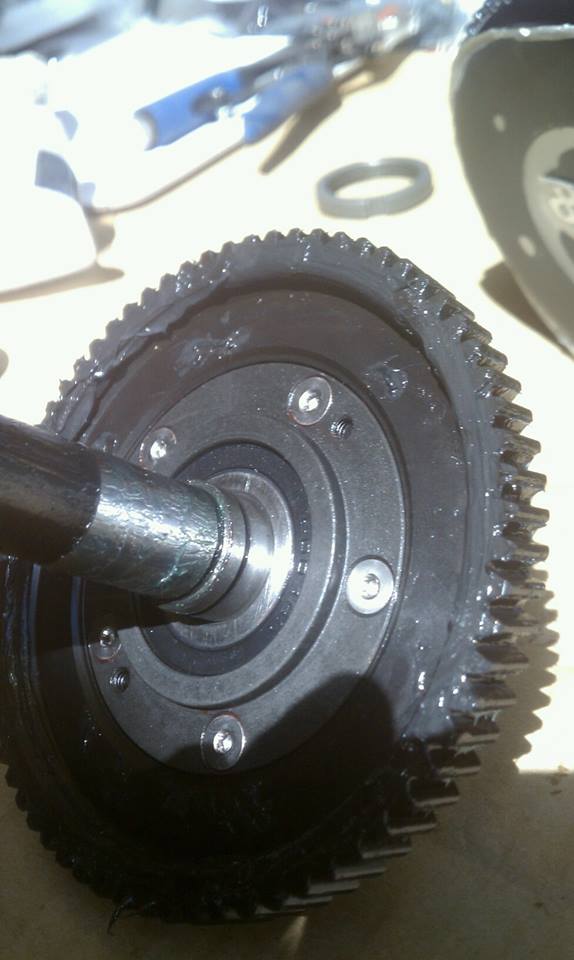 The hex screws the Biktrix kit comes with are much easier to torque down than the Phillips head screws that come stock with every other non-Biktrix BBS02 kit sold in China or the US.

When taking apart the drive unit one of the features that I really liked was that Biktrix has replaced the annoying Phillips screws with hex screws on the flywheel. I’ve had problems with these Philips screws loosening up over time and have resorted to lock-titing them, but using hex screws is a much better solution. This shows the extreme attention to detail that Biktrix is providing in their kits, the kits from Lectric and California e-bike have the stock Phillips screws on the flywheel.

The Biktrix drive unit was very straightforward to install. I wasn’t crazy about the C961 display, as I prefer the C963 or C965 (read why here). I reprogrammed the controller to set the Throttle Power level to 9 so it would work properly at PAS level 0, however be aware that doing this voids the warranty. After taking it out for a test ride I decided I wasn’t crazy about the throttle settings either so I also switched the Throttle Mode from CURRENT to SPEED. The current setting is much easier on your drive unit and your primary reduction nylon gear, but when you set it to SPEED I find that you get that great kick-in-the-pants feeling when you hit the throttle. After so many hours riding with a twitchy throttle that feels like trouble, I have a hard time with the domesticated throttle that you get with the CURRENT Throttle Mode setting. 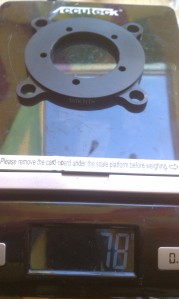 The chainring is a mere 78g

Once I got the programming on the controller squared away the unit performed exactly how I expected it to. There was plenty of power from the unit and I have had no issues with this unit. Roshan was a pleasure to deal with and the price of the kit is quite fair. Be aware that if you order this kit in the US there is a good chance that UPS will try to fleece you with ‘Brokerage Fees’ when the box shows up at your door. They shook me down for $43 on a $1200 drive unit, as long as you are prepared for it then it won’t be an unpleasant surprise. I’ve often been hit with these brokerage fees with packages coming from China and I have no advice on how to avoid getting hit with them. 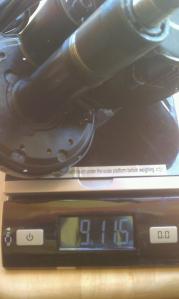 What really shocks me is that there are now 3 different companies in 2 different countries selling kits that would essentially cost Bafang almost nothing to do at the factory. I’m not sure why they are not paying attention to the demand that the public has made clear for wanting to mount a BBS02 on their fat-bike and being willing to pay a hefty premium to do so.

For the 100mm axle kit the pricing is even more favorable

For Canadian customers the choice is pretty clear, Biktrix is the way to go if you want a BBS02 powered 100mm fatbike. They have managed to produce a high quality kit that is competitive with other US vendors. Competition is always good for the consumer and Biktrix is showing the world that they can compete.

Peanut Butter was first patented by Canadian Marcellus Gilmore Edson in 1884. Thank you Canada for Peanut Butter and Biktrix. Where would we be without you? 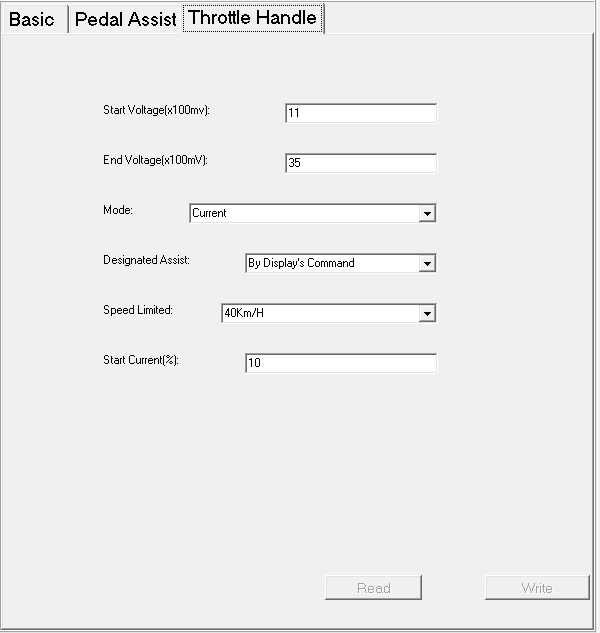