I wanted to build a gas car replacement for my 17 miles each way commute into town. After not a lot of deliberation, I settled on the Haymaker 1500 from Bikes Direct which was the least expensive (<$300 shipped) aluminum framed bike with a decent shock I could find. I didn’t do a lot of upgrades to the bike other than adding a rear rack and bag for holding my larger 25Ah batteries as well as adding a cheap ebay kickstand. I swapped the front brake with an Avid BB7 although for some reason I could not get a BB7 to work with the rear mounting point. Although this ebike is really pretty cheap, it works amazingly well for what you pay for.

Ebikes are finally reaching the point where they are starting to give cars a real run for their money.

That crappy old bike sitting in your garage could be turned into an awesome commuter for about $500 + the cost of a battery.

Although this commuter setup is done with a more expensive $995 750W Lectric Cycles e-RAD drive system, if you can live without a gear shift sensor you can build it for a lot cheaper than that. You can get a BBS02 750W from Lunacycle.com for $535 here. All of these sellers are reputable and will not leave you hanging when you trash your drive unit from driving it like an ass. They also sell batteries for this drive unit, I strongly recommend a 52v 14S configuration, preferably in a frame pack of some sort.

The shift sensor available exclusively from Lectric cycles is nice, but you can get away with just tapping the ebrakes before every shift instead. I honestly don’t mind tapping the brakes that much, and it works just as good as the giant green button that em3ev sells for $6 as a power cutout. Nothing that I’ve found works as well as the gear sensor that Lectric is selling, but the e-Rad demands a premium price.

If you are using it for commuting only then installing ebrakes is a must.

If you are doing your build as a commuter only then you should put ebrakes on both the front and rear brakes. If it is a trail bike then I recommend putting an ebrake only on the front brake. When you tap the brakes it cuts all power to the motor for a full 3 seconds which is incredibly annoying when you are singletrack trail riding. I only use the rear brake while singletrack trail riding unless I’m going down seriously steep stuff.

I also recommend mounting the right-hand throttle on the left-hand side as not to interfere with using the derailer.

If you’re building a commuter, there is only one choice for chainrings, the 52T. Be prepared to repair your Nylon primary reduction gear from time to time. Don’t worry it’s not that hard to do.

The 52T chainring really shines on a commuter setup and you can get it here from Lunacycle.com for about $15. I strongly suggest swapping out the cassette to something that is steel and has a giant granny gear. I put a Shimano Mega-range cassette on this build with a 34T cog. I have no regrets about that, and this build does a fine climbing 10+ degree grades which is the steepest that you are likely to find on pavement.

How fast can I go? I want to go fast

You can go all day at 800W ~25mph on level ground using only the PAS. The PAS system will never put out more than about 800W even on the highest power level. If you are gentle with the throttle you can bump it up to about 30mph pretty safely and ride for extended lengths as long as you’re not going uphill. You can go in bursts for 1300W up to 40mph on slight downhills, but only for a few minutes. If you want to push the drive unit install a temp probe in the controller and back off when it’s over 130 degrees. If it hits 140 you need to stop can chill out.

Mega-range 34T or bigger is the way to go along with stronger & heavier nickel-plated steel cassettes.

How does it ride?

In a word, it rides awesome. It feels exactly like what an e-bike should feel like. For all the people who have ever tried an underpowered ebike you know how much it sucks, especially on hills. The 750W BBS02 with a 52T chainring is anything but underpowered. With a 52v battery you’ll be dumping 1300W at peak into the drive train. If you want to put the system under that kind of load continuously then you need to look at getting something more like the BBSHD. 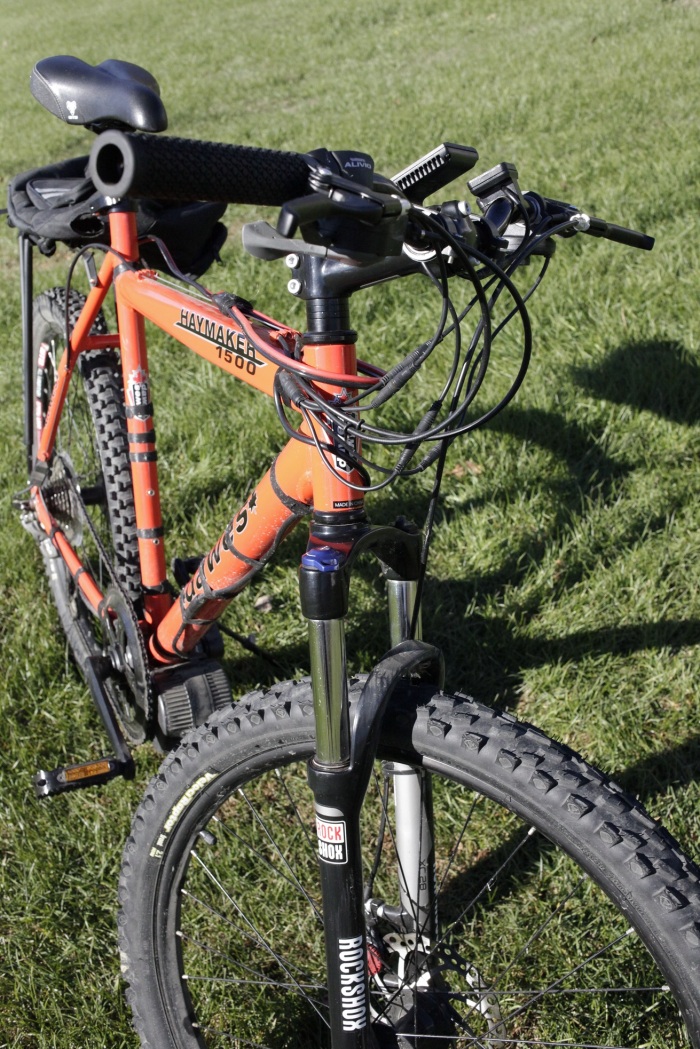 The air-charged front fork is surprisingly good for a $300 bike, no issues so far. Knock on wood.

The bike goes about 25-30mph on the flats and tops out at 40mph on slight downhills and climbs most hills at around 20mph. Using lots of power to climb steep hills as fast as you can is going to heat up the controller pretty good and eat up tons of power. I recommend installing a thermal probe if you plan on pushing this motor to its limits on a regular basis for extended periods. You shouldn’t hop on the BBS02 and just lean on the throttle full-on for an extended period of time. The BBS02 is not designed to take 1300 Watts continuously, especially under load.

The front shock is incredibly handy for absorbing whatever the road throws at you. I recommend running the tire pressure at the max PSI that the tires will support. If you are worried about flats then it’s a great idea on your commuter to go ghetto tubeless. Whether you are tubeless or not you should bring a tube and a pump with you everywhere you go.

It’s nice to have an ebike that I don’t really care about if it gets stolen or smashed. I think that everyone should consider converting a cheap bike into a commuting machine. The total number of hours I have into this build is probably only 3. It’s sad to me that in 3 hours and under $1000 you can build an ebike that beats the crap out of 95% of the ebikes currently on the market.

It’s just a sorry state of affairs in the factory-built ebike world. 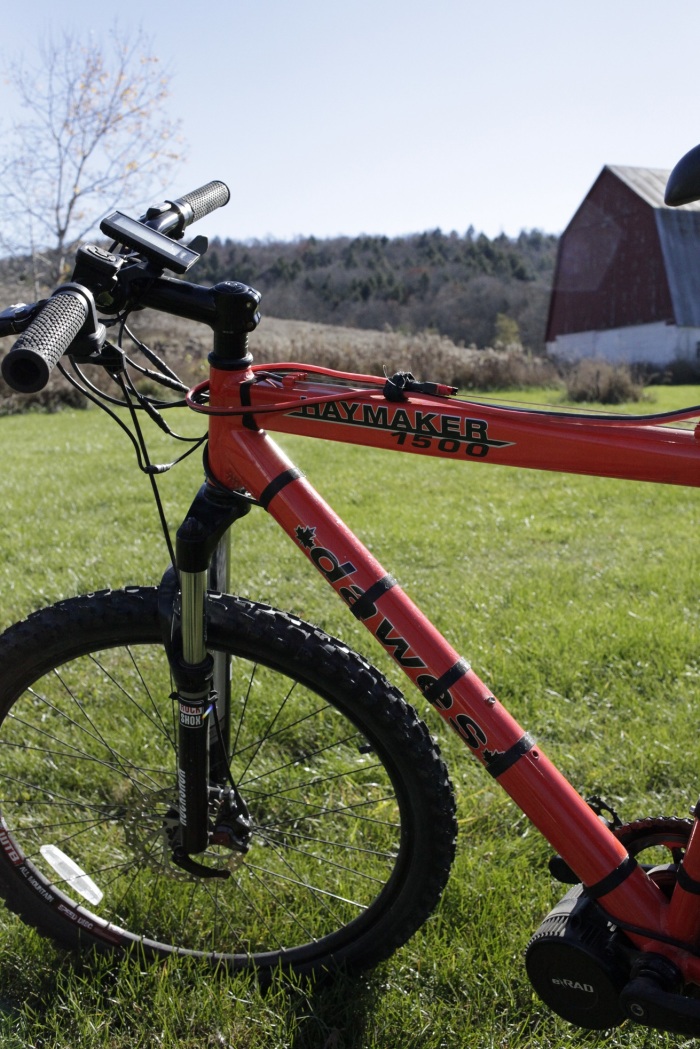 Although I built this bike as a beater, I can’t really bring myself to part with it because it really is pretty awesome.