With modern 18650 cells almost without fail, every problem with your battery which is NOT caused by improper mounting and physical damage to the battery is going to be the BMS. The BMS handles the charging and discharging of your pack making sure that there are no problems with any of the cell groupings. When a cell stops working and the voltages are too high or too low it will shut down power on the entire pack. For whatever reason BMS’s can become flakey and every problem I’ve had with my packs could be traced back to a problem with the BMS. A ‘leaky’ BMS will slowly drain down one or more of the cells in the grouping causing the entire pack to be out of sync. If it drains the power on a cell grouping down too low then the pack will not work and you’ll have to remove the dead cells as shown in this article. The problem is if you replace the cell groupings without replacing the BMS the problem will just occur again. This article will go into troubleshooting faulty BMS’s and how to replace them in about the amount of time it takes you to swap out a flat tire. Did you know Americans spend more time doing their taxes every year than having sex? I think we have our priorities way out of whack as a nation.

Here’s to more sex and easier taxes. Which presidential candidate is going to promise me that? 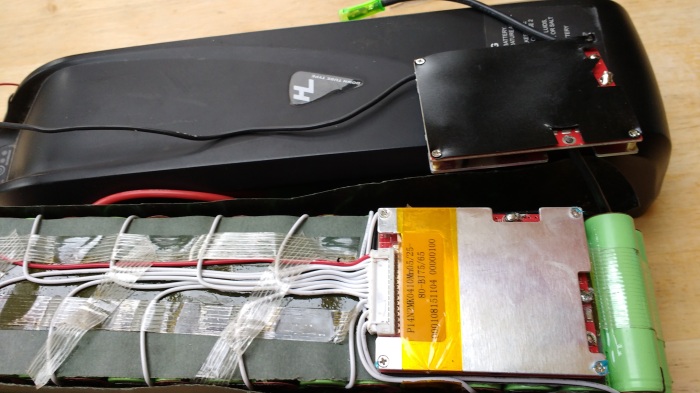 The BMS is the heart and soul of your ebike battery, when they fail it can cause a variety of problems that can be difficult to troubleshoot.

When working with a lithium battery you must always wear gloves and eye protection. Although a 52v pack will not shock you when your hands are dry as you work with the pack your hands will get sweaty and the pack will shock you. Also, when using a soldering gun around a lithium cell there is always the risk of the battery exploding. Any kind of cheap clear safety glasses will do, if you are nerdy and wear prescription glasses then that is probably good enough. Whenever you are working with a lithium pack and using a soldering gun there is always a risk of explosion. Also, be very careful about how you deal with the wires off the battery. Don’t leave them floating around to short out on things. Even bare ground wires can be dangerous if they accidentally touch the nickel strips on the side of the battery. Cut and solder one, then when you are done move on to the next one.

One of the hardest parts of figuring out if a pack has a problem is troubleshooting. I recommend performing the following steps before you swap out the BMS. 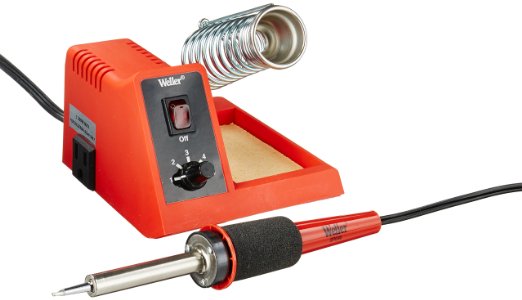 You’ll need to have a soldering gun that gets pretty hot. I use the Weller 40 Watt WLC100 (which generally runs about $40) and run it at power level 5.

There are tons of great videos showing pack troubleshooting and building on Youtube by Damien Rene and Bruno “Nobody goes faster than me on a BBS02” Baccianti. These guys are both totally awesome to watch and you can easily waste an evening browsing their videos which are every bit as entertaining as watching zombies eat your favorite heroes on TV.

Notice the not-so-square notches cut out of the plastic cover with scissors.

A note on BMS reliability and BMS warranties

I’ve noticed a wide range of quality from different Chinese BMS’s. Some of them are not worth the silicon they are printed on, and others seem to be made very well. The higher power you run your bike at the higher quality your BMS will have to be to survive. Most decent BMS’s run about $40-65 dollars. If you pay less than $40 for a BMS you should expect that it will probably fail at some point. Since they are such a pain to replace I would not recommend cheaping out on your BMS. It should also be noted that most USA BMS sellers will NOT warranty their BMS. If you buy it and burn it out from hooking it up wrong you’re on your own.

When I swap out a BMS I do it one wire at a time. This is the way I advise you do it so that nothing gets messed up and you do not have wires floating around that can short out on the battery.

Gluing the new BMS in place. Don’t ever glue directly to circuitry unless you’re using silicone without acetic acid.

When you are finished make sure everything is secure by putting the pack back together and then shaking it as hard as you can. If you hear the battery rattle inside the case then you need to figure out where it is hitting and take the battery apart and add padding to it where it is hitting the case. I use small chunks of closed cell foam, but any kind of firm foam like material that is heat-resistant should work. This is really important because if the battery is loose in the case then over time the cells could will almost certainly get damaged. 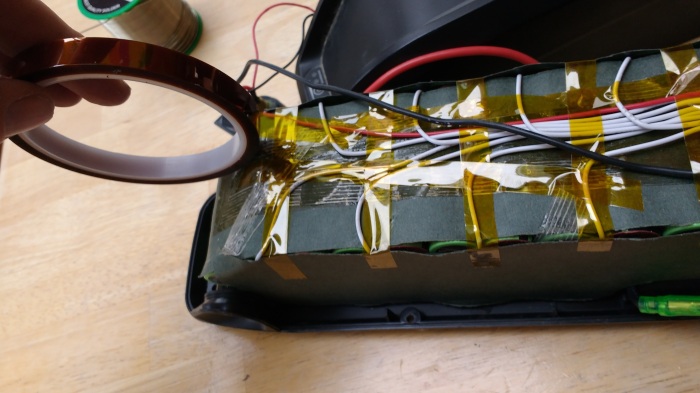 Heat resistant tape is your friend. You can buy it cheap on eBay and Alibaba. Don’t skimp on the tape, nothing should be able to move around inside the pack.

With a little elbow grease and about 15 minutes of time, you can swap out a BMS from any frame pack with relative ease. Replacing a BMS in a soft pack is a very similar process except you will have to cut away the heat shrink tubing. When you do that make sure that you don’t cut into any of the wires or the cells. Also, be sure that you have replacement heat shrink tubing to re-wrap the battery in when you have swapped out the BMS. You should test the pack with charging and under load before you re-wrap the battery to make sure that all your connections are good.

It can be difficult to find the really tough rubberized large heat shrink tubing. It’s pretty easy to get the thin PVC stuff from Alibaba, just order the tubing with a larger flat diameter than the height + the width of the battery and you should be fine. If you want the heavy-duty rubberized tubing the only place I’ve found to get it is $3-5/foot right here.

The hardest part of swapping out the BMS is resisting the urge to lick the battery connectors to see if it’s really charged. Don’t do it, your tongue will thank you in the end for your restraint.